CHURCHES HELP THE HOMELESS
More than 2,000 Church of England congregations will be running or supporting night shelters in the UK winter as homelessness projects cope with rising demand. Premier News states that churches are reporting that they are adding extra beds to night shelters and opening more days a week after figures show a rise in homelessness.  In Manchester, guests sit down with volunteers to eat a hot meal every night and are supported during the day to find new accommodation and access benefits.

CHRISTIANS IN THE MIDDLE EAST
According to christianheadlines.com the archbishop of Canterbury says that Christians in the Middle East face extinction from radical Islam and need help from the worldwide community if they are going to survive.  “Christians face daily the threat of violence, murder, intimidation, prejudice and poverty,” Archbishop of Canterbury Justin Welby wrote in a Sunday column for The Telegraph.

ANDREA BOCELLI TO SHARE HIS FAITH
The Christian Post reports that singer Andrea Bocelli will premiere his Christmas special, “Andrea Bocelli: The Heart of Christmas,” on the Trinity Broadcasting Network in the United States later this month, where he will also be sharing his faith in Jesus Christ. In 2017, following a tour of the Holy Land, the singer publicly shared his faith in a message on Facebook, writing: “[A]s a man of faith, a Christian, a practicing Catholic, when I was in Jordan I felt the need to express my devotion, praying at the site where our Lord Jesus was baptized …”

Our speaker at 7:30am last Sunday 5Apr20, was Reverend David Sterrey of Beaumaris-Mordialloc Baptist Church. He talked about living with the fear of this coronavirus.

Songs of Hope on Spotify 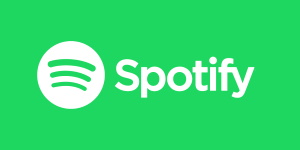